← more from
Innovative Leisure
Get fresh music recommendations delivered to your inbox every Friday. 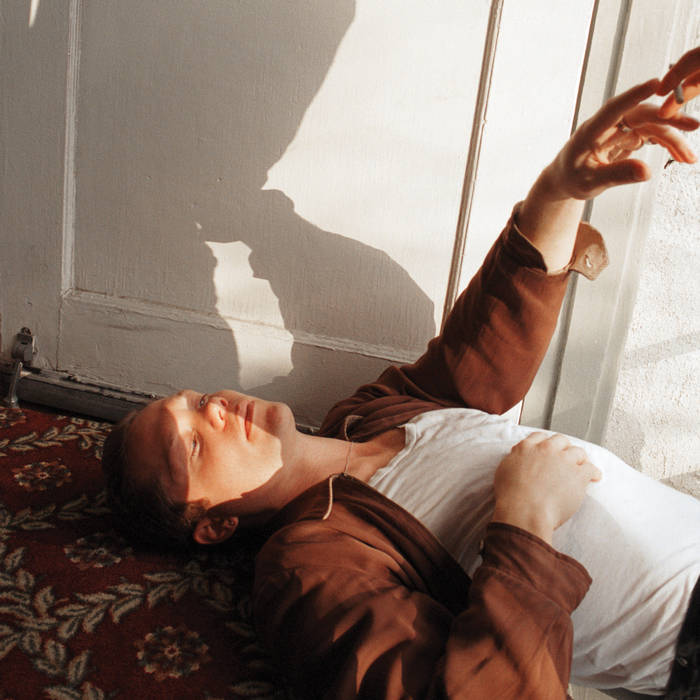 Korey Dane grew up in Long Beach, California, as a skateboarder kid with a gearhead father and an English teacher mother and with a guitar he learned to love as he learned to play, letting a few inherited books and a handful of records lead him away from home and into the great American unknown. That’s where he found his last album Youngblood, born from months exploring and hitchhiking and putting songs together piece by piece, then presented as promise and potential to veteran producer and A&R man Tony Berg (X, Public Image Ltd.). He set up in Berg’s Zeitgeist Studios and with a crew of top-notch sessioneers—just like they used to do with the Wrecking Crew during L.A.’s golden age—he hammered Youngblood into something real, releasing it with Innovative Leisure in the fall of 2015.

Then smash-cut to September of 2016, with Dane coming off tour, a relationship about to crack in a half, and his 27th birthday about to hit, just like he’d predicted—unwittingly—in his song “Hard Times.” (The day before he started recording, he’d had a fortune teller tell him hard times were coming, but that was a waste of money—he already knew that.) He was left standing at the leading edge of his new album with … well, nothing ...but his songs and a beautiful room where he could record them. Oh, and 96 hours to get it all done.

So he got it done: he tapped a few close friends to back him and cut Chamber Girls almost completely live, searing instinct and experience direct to tape at L.A.’s analog time capsule Valentine Recording Studios. He produced everything himself, too, except for a quick assist from Berg on one a song, inspired by the deceptively simple ethos he’d internalized while making Youngblood: pursue greatness. “Writing a song that you know someone might skip over later is sacrilege,” he says. Instead, he wanted every song on Chamber Girls to feel not only live but alive, too, with that go-for-broke spirit that animates everything he says, does, or sings: “I’m writing all the time,” he says. “I’ve lived by a line a day sometimes. I try and stop when it’s good. If you try and simplify it down to its bare elements … it’s truly a redemptive act.”

That’s why he calls Chamber Girls—despite those hard times, or because of them—a celebration. “It’s a rock ‘n’ roll record”, he says. It’s got a lot in it, and “it talks about important shit,” he adds. And it does—it’s poetry at velocity, a trick that goes all the way back to Dylan and the Hawks. Opener “Half Asleep” is a Westerberg-style wake-up call (“Five, four, three, two, one, gone / I'm a cloud of smoke”) and from there it’s an album made from ash and fire, with a burner like “Hard Times” (and its swaggering Big Star guitar) only steps away from the smoky but stark “Always.” “Down In The Hole” is like Tom Waits back alley cabaret by Leonard Cohen’s deathless ladies’ man. Closer “Steady Forever” is a streak of light like the hungry young Springsteen, with lyrics hiding literature and a line that catches the spirit of the whole album: “Such a strange bell we’ve been ringing / Like rock n roll on a church organ.”

You can feel it everywhere on the album and you can see it on the album cover too, with the sunlight, the shadow, the eyes closed and the hand reaching out—it’s somewhere between an awakening, a resurrection and a last goodbye all at once, shot at that special half-there time of day that could be sunrise as easily as sunset. It’s a moment when possibility is endless, and when the past and the future and the hard times and good times find a perfect instant of sublime balance. Chamber Girls started as an ode to those who stay at home, Dane says, but you know how it goes: you can’t love your home if you don’t ever leave your home, and part of Chamber Girls is that mythic trip between the unknown and the known. In that very first second before he started this album, Dane was standing in the wreckage of everything he’d had planned for so long—but then he stepped through that studio door and made the record anyway. And in a way, Chamber Girls is the story of that step.

Bandcamp Daily  your guide to the world of Bandcamp